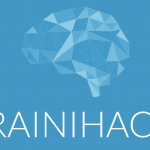 We meet at Google Campus. Israel, the #1 country worldwide according to R&D budget segment, is striving to make its step forward from a “startup-nation” towards a “brain-nation”. Brainihack is a weekend long hackathon October 11th-12th, 2013,  that will put Brain Computer Interface devices in the hands of developers, designers, makers and visionaries. Projects & groups are currently forming. Go add a project In the meantime, here are some of the ideas being developed: